We are praising the Lord here at Mt.Vernon for His wonderful leading.  It must have been just before dawn.  We were completely exhausted from weeks of watching and praying – almost no hope, no comfort, The Lord’s “I am with you,” seemed mere words; then the Holy Spirit brought to our remembrance what Dr. McNeely said in the Owensville Bible Conference – “God does His work in the night!  Human means and strength are all put aside; it is then easier to see His hand.”  Then marvel of marvels, next day, almost a week before needed, some Jewish friends offered free use of their synagogue for our new place of worship.  We do not know through what process the Lord operated to even let the Jews know of our need; nor how they were led to tell Pastor Redman they “wouldn’t take rental, that religion is free.”  No writings were drawn; keys were handed over on the instant – what could we do except “go over and possess.”

Brother Alfred H. Daniel has been with us for several days.  Practical work in Moody Bible Institute has certainly made him an excellent organizer, and we on the constitution committee have no words that could adequately express our appreciation to him.  We have named ourselves “The First Church of the Fundamentals” in Mt.Vernon.  Our Statement of Faith and constitution have been adopted, and as a mere form we elected officers, since almost all the officers of the mother church withdrew.  We had already asked Rev. Walter H. Redman to stay with us a Pastor.  Rev. Daniel was led of the Lord to preach the first sermon Friday night about the Jews in the house erected by the Jews.  We hope he will send that sermon to this paper.

Material and spiritual results Sunday were most encouraging.  The Church school work began without a hitch, large offerings and attendance at services, interest manifested and the Lord’s leading in all ways prompted us to begin a revival.  Pray much for us and for Rev. Daniel who will direct the Children’s chorus, singing and doing the preaching, for our Pastor who has the burden of leadership, and for the church, that we may not “murmur” against our “Moses” nor the Lord’s will.

Sunday morning, Rev. Daniel’s topic was “The Church” – based on the book of Ephesians.  He outlined the believer’s position in Christ and his walk.  He told how the Church of (the) body of Christ was the Eternal Plan of the Father, and that being one with Him, it is ours to suffer with Him, to bear His persecutions and to be victorious and reign with Him.

The above was written by Mrs. Carrie Knight, Church Correspondent, 431, East 8th Street, Mt. Vernon, Indiana.  It was printed in “THE PREMILLINNIALIST” published at Boonville, Indiana, March 1930.  Vol. 1, No. 1.

The First Church of the Fundamentals. 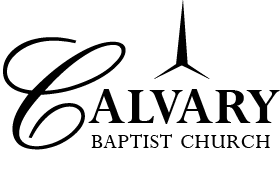 If you are attending in person

don't neglect recommendations for protection of yourself and others!